Where is the Fog?

After an uneventful flight we arrived at London Heathrow Airport, greeted by sunshine and blue skies, and not by the 'soup kitchen' weather we had rather expected. 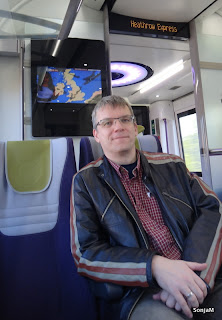 We took the Express train to Paddington Station, which happened to be only a few blocks away from our hotel. 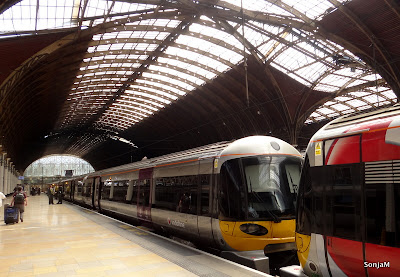 The buzz of the city very much reminds of New York: the traffic noise, the air filled with exhaust fumes and cigarette smoke, and rude taxi drivers in their (mostly) black cabs, trying to kill you off while you cross the street. Everybody seems to be in a rush to get some place else. 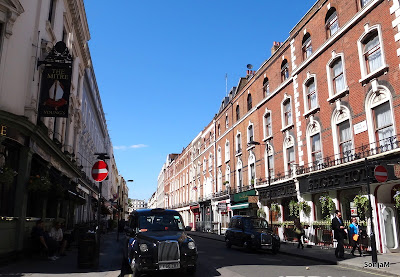 Plus the wonderful melange of ethnical diversity, that we have become so accustomed to. Language wise we seemed to have arrived in Babel, just when the confusion of the tongues happened. 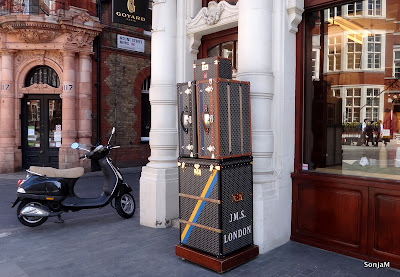 Vespas in front of a Rolls-Royce dealership. 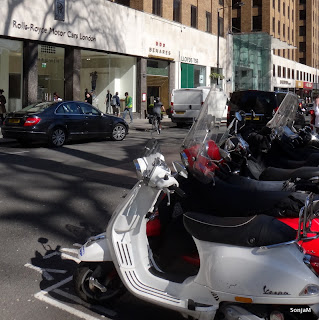 Architecture thick with history, real brick buildings, lovely parks. An overload of impressions. Not to forget the typical british stereotypes, such as this red phone booth. Not many of those seemed to have survived the new age of mobile phones. 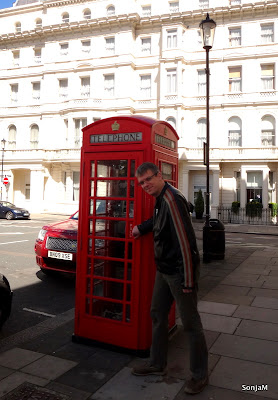 Red double-decker buses in front of the Canadian Embassy with the Lord Nelson column in the background. 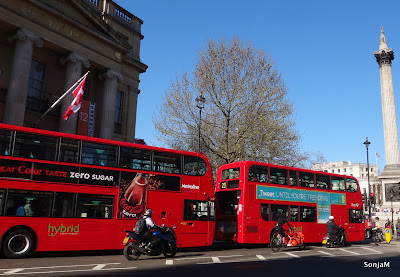 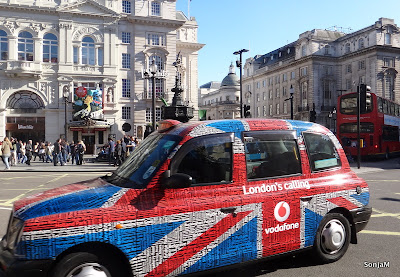 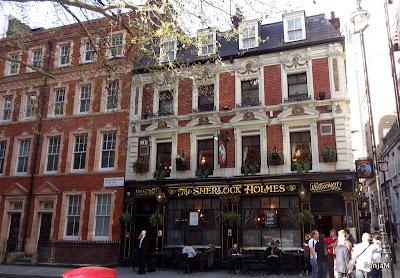 A tube station with the Palace of Westminster in the background. 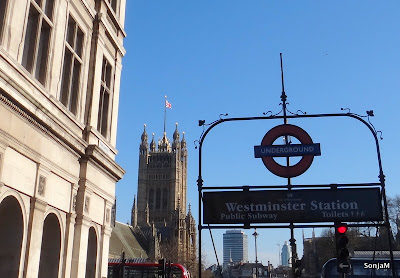 Bobbies - British policemen, nicknamed after the founder of the british police force Robert Peel back in 1829. 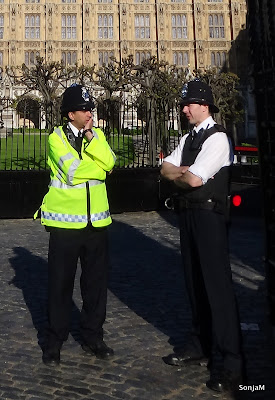 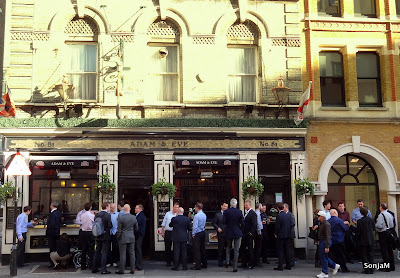 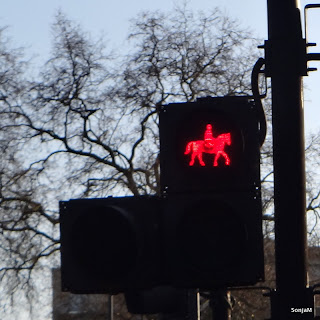 Food options we had plenty, and we chose Mildred's, one of many restaurants in the area catering to vegan and gluten free needs... 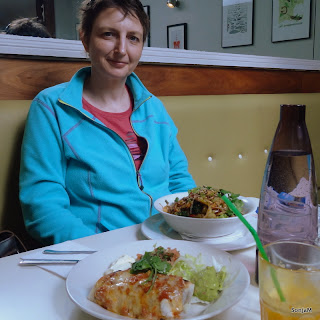 ... and after we grabbed a coffee/herbal tea and apple strudel at an Italian hole in the wall. 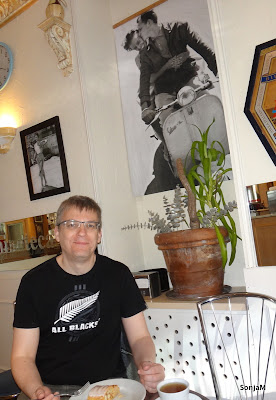 We ended the day strolling through Hyde Park for some bird watching and quiet time after a day filled with impressions. 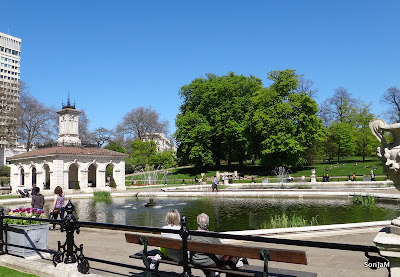 Swan and goose on the Long Water. 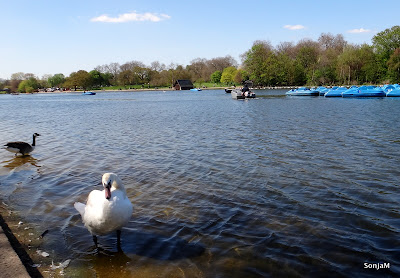 A breeding coot and a sun bathing heron. 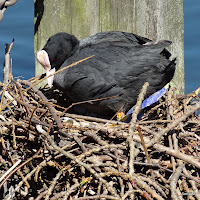 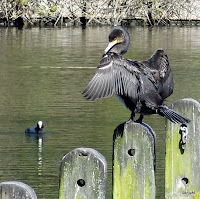 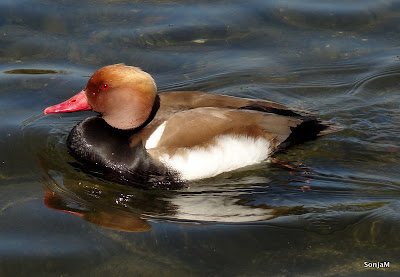 Not sure about this one... A family of (Egyptian?) geese? 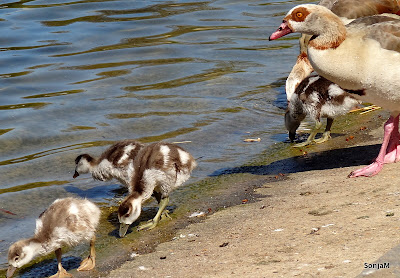 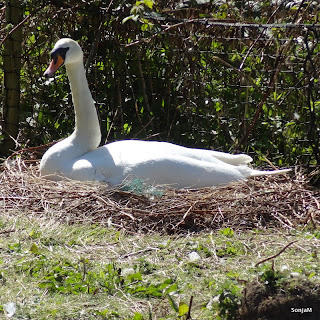 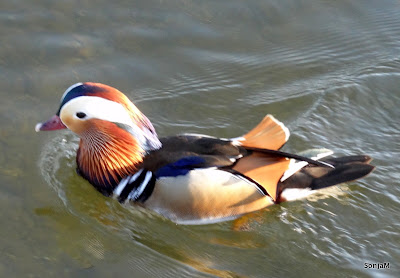 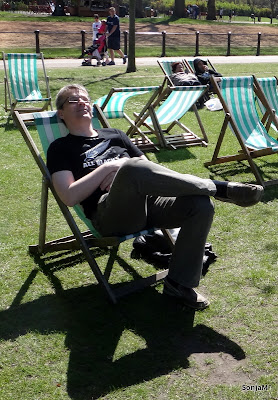 Parks... the green lungs of the city. 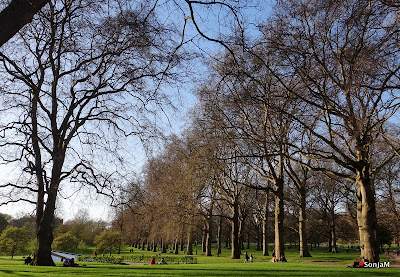 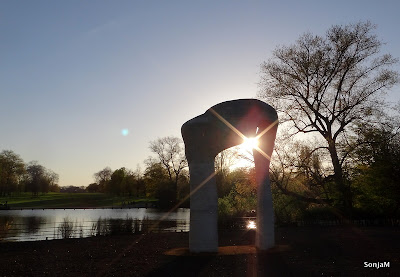 What a lovely day... and there's more to come. Tourist stuff to do, people to meet, food to eat...
Posted by SonjaM