A formerly moated Castle and the Dutch Mountains 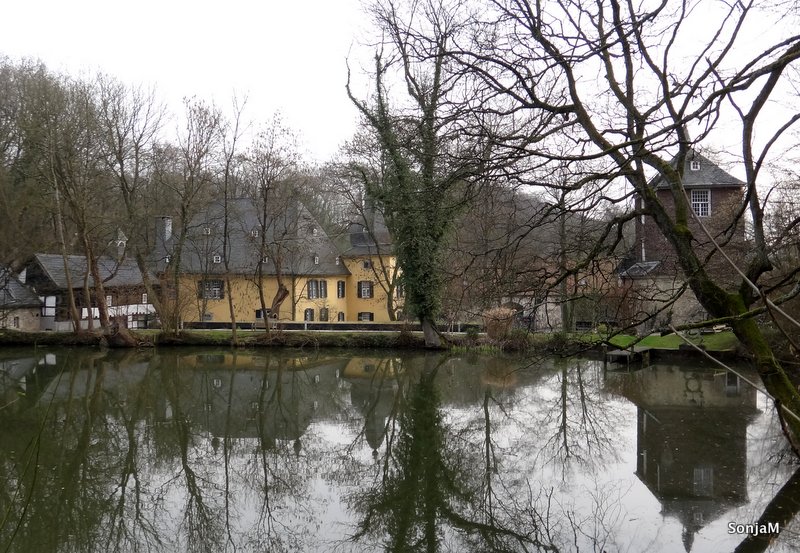 Sonja: We had spent a long weekend in in the Rhineland, for Roland to visit a concert in Cologne, and for both of us to spend some time with our friends and family.

Not far from were my mom lives lies castle Lüntenbeck. The castle can be dated back to the early 13th century, and is a former residence of the knights of Berg. 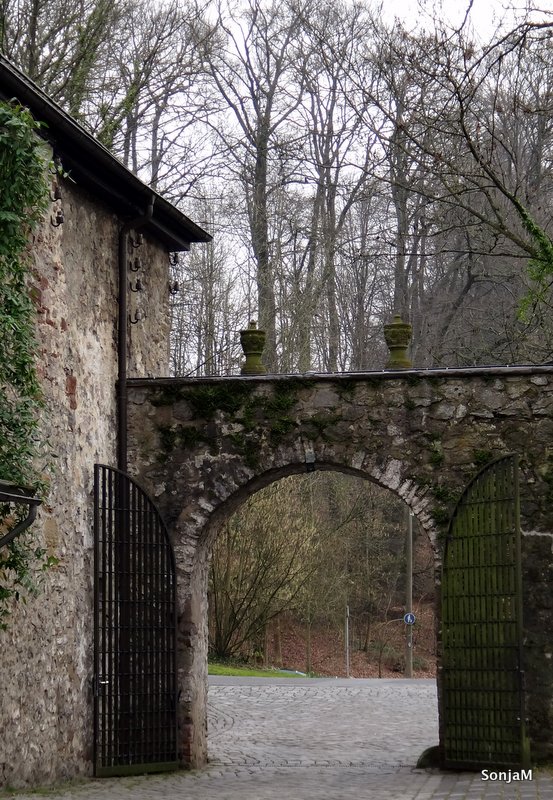 In past times the castle had been moated but the area got drained later, and only a small pond behind the building remained. The manor is in private hands today, and has been carefully restored by the owners.
Parts on the premises are rented out. Naturally the picturesque venue attracts artists and wellness providers. Also, a restaurant can be found in the main building, offering an eclectic choice of (mostly) vegetarian dishes.
During Christmas time a handcraft Christmas Market is held in the yard. The market is known for its authenticity and atmosphere, especially since the artisans will be traditionally dressed up in costumes from the middle ages. 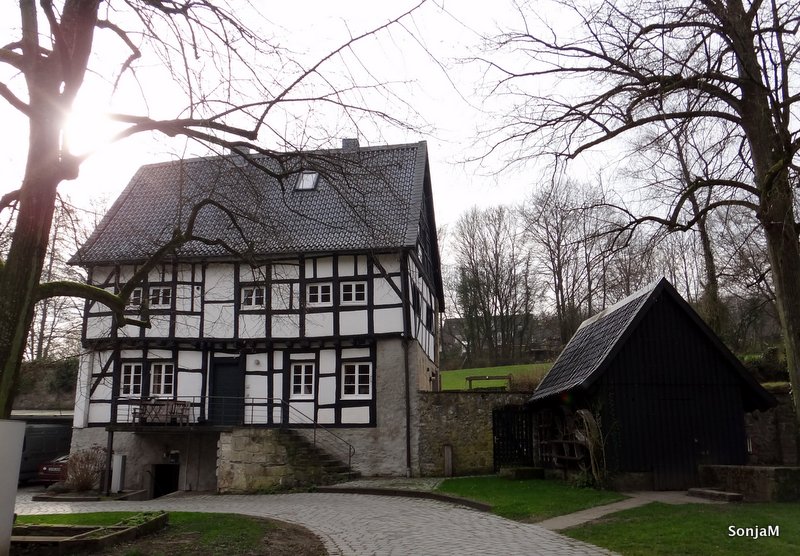 The temperatures were mild and we saw definite signs of spring. 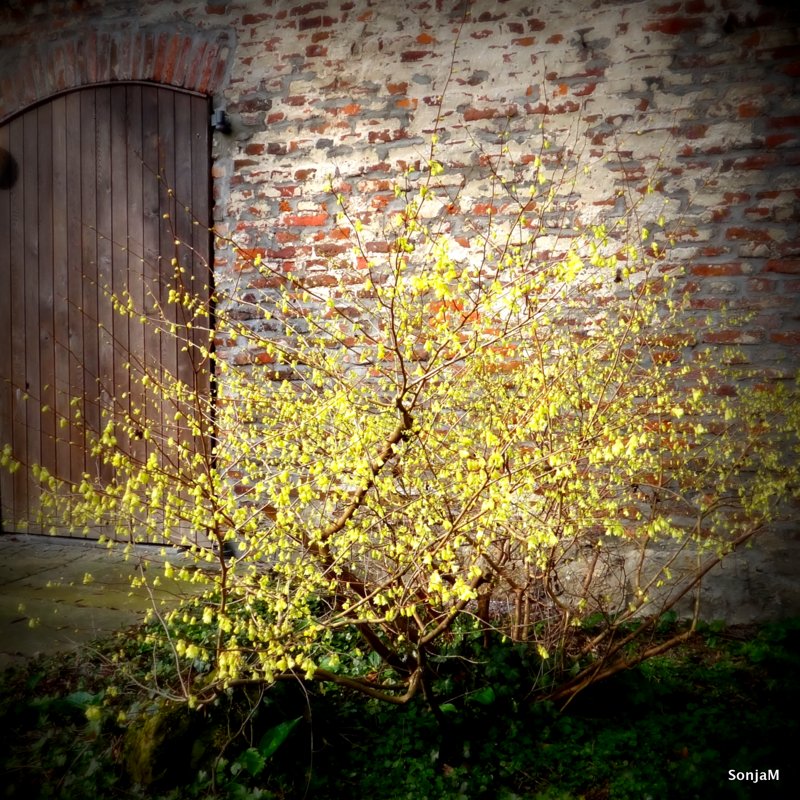 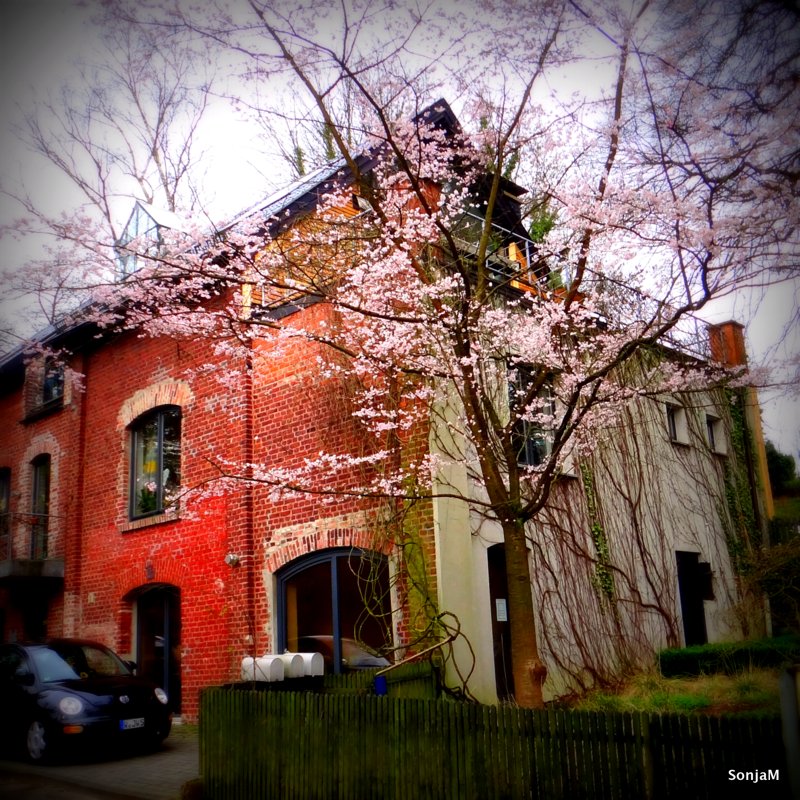 Saturday we ventured out towards Aachen to visit friends in the area. We were a bit early and decided to take a detour to the city of Vaals in Holland. The Vaalser Mountain (323m or 1,059 ft) belongs to the foothills of the Ardennes, and marks not only the highest (!) point in the Netherlands, but also the border triangle of Germany, Netherlands and Belgium. 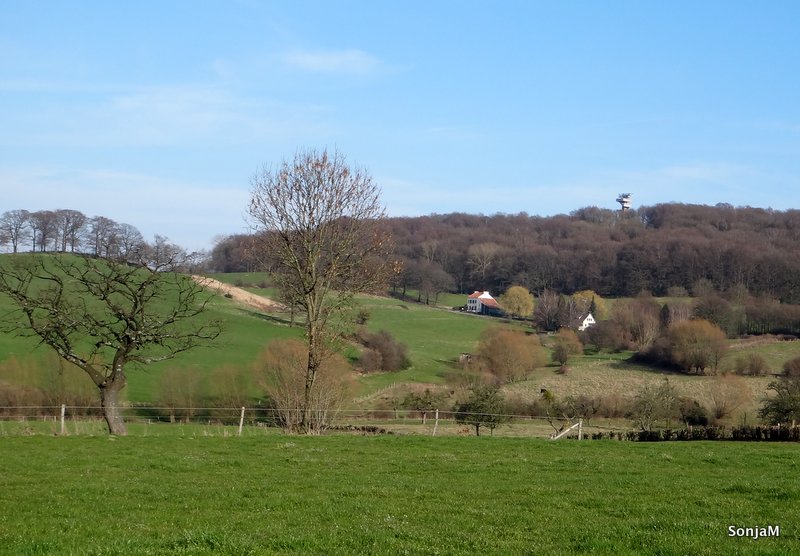 We climbed the watch tower to admire the panorama. 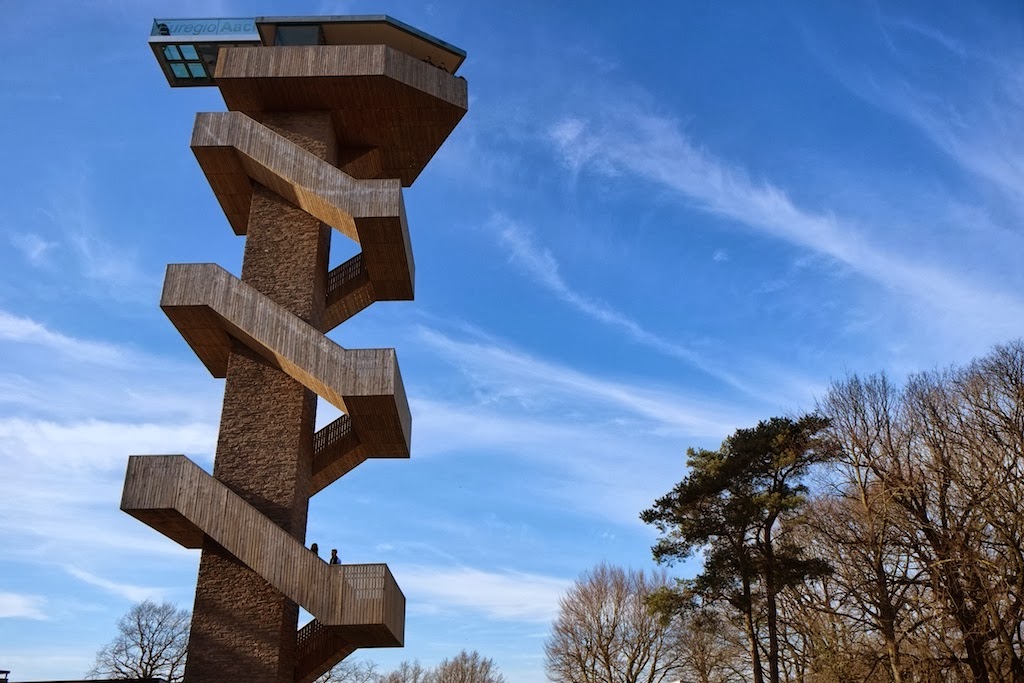 A view towards Germany. 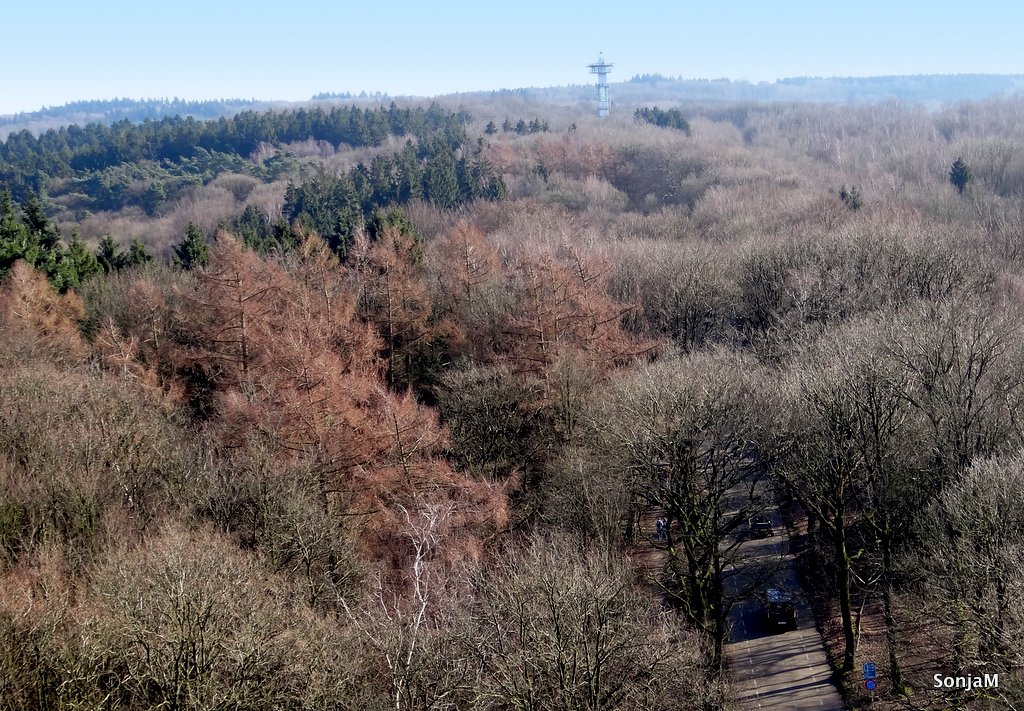 And a panoramic shot of the famous Dutch "mountain range".

So, we have learned today, that the Netherlands are not completely flat.

Sunday noon we left after a brunch celebration of a family member's birthday and drove 400km south again. It was warm and sunny… and would have been a good day for a ride, too...
Posted by SonjaM