Sonja versus the Vulcano 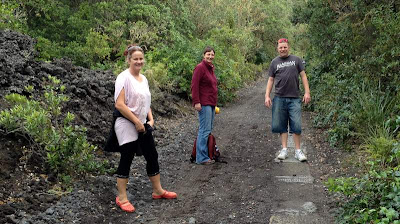 Rangitoto ('Bloody Island' in Maori) is one of the 48 volcanoes near Auckland. The Island is only accessible by boat, and also serves as a bird refuge, hence the lack of people. The shield volcano is about 260m (850ft) high, and looks very symmetrical and all the same from afar. 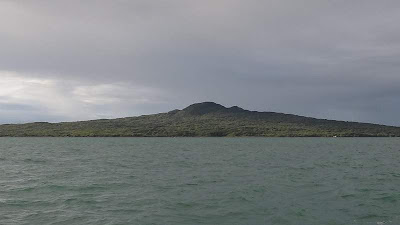 The eruptions that built the island took place over decades about 600 to 700 years ago. As it is a fairly young volcano in geological terms, the lava fields are still exposed and it appears like it happened only yesterday. 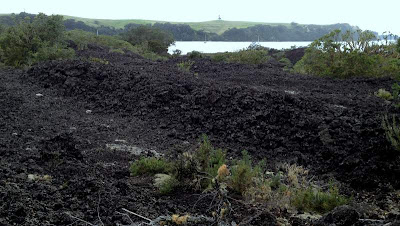 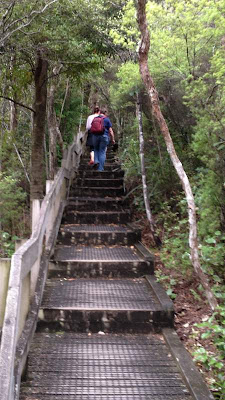 We hiked up the hill in about one and a half hours following well maintained paths, stairs and boardwalks. 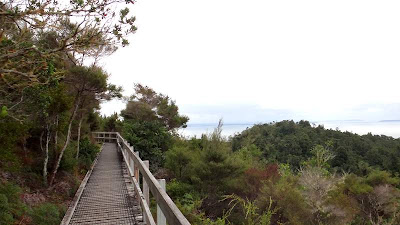 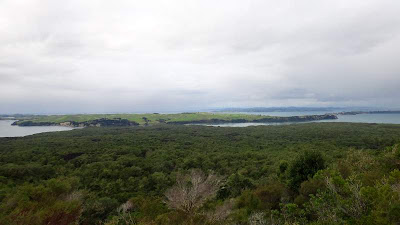 Only a century ago the crater was completely bare but meanwhile Mother Nature took over and covered the fertile grounds with lush green. 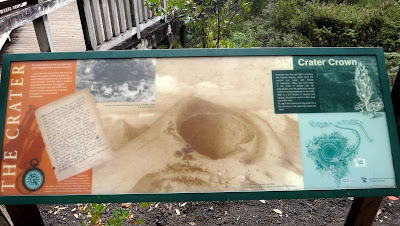 It is still hard to believe that this is supposed to be a 'dead' volcano with ongoing geothermal activities only a few hundred kilometers away. 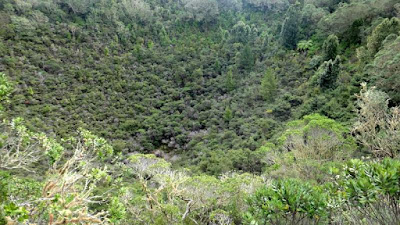 We made it up to the top and rested to catch our breath, only to lose it again on breathtaking views, here with Auckland in the far background. 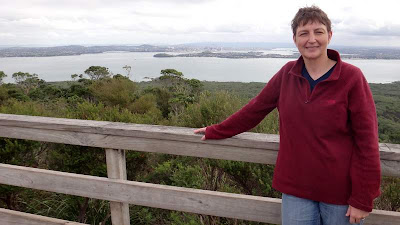 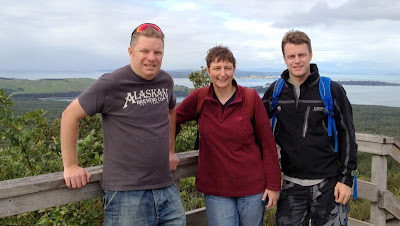 It didn't even take us an hour to hike back to the bay. It drizzled a bit but the exercise kept us warm, and made us hungry (again!).
Posted by SonjaM